Australia’s biggest trading partner is China and we are seeing a big slow in the Chinese economy which will hurt Australia and the Australian Dollar. The problems in China are huge and will send but the AUD and CNH down on the USD.

“As expected, Chinese President Xi Jinping has been given an unprecedented third five-year term. More surprising was the absence of any sign that Xi intends to revise the policies that have done so much economic damage in recent years.” (ZEROHEDGE)

China GDP Not As Strong As Reported

China's zero-tolerance COVID policy has impacted heavily on economic growth, its lost exports due to the global economic slow-up, and domestic demand is weak. One of the main pillars of China’s growth the property market is now starting to collapse and could send China into recession. Finally, openness in the economy is not a priority for the Chinese and XI  gave a gloomy view of relationships going forward between China and the West.

“Xi’s speech provides a window into the Chinese leader’s increasingly bleak view of the future of U.S.-China relations and could intensify moves by the U.S. to pursue policies and partnerships to counter China’s growing influence in the Indo-Pacific and beyond.” ( POLITICO)

So, we have an economy slowing and possible confrontation with the West which will curtail investment in China.

Below we can see leading indicators in terms of economic growth are falling and consumer confidence is collapsing. Cities with high-/mid-risk districts increased to around 47% of national GDP - The zero tolerance to COVID has and will continue to take a heavy toll on economic growth. Vaccination Rate Low and Ineffective: SINOVAC and SINOPHARM were developed quickly but their ineffective compared to Western Vaccines. Approximately 70% of household wealth in China is stored in property and China has Real Estate worth around $60 Trillion which is a whopping 30% of China's GDP! The problem is after years of excess the property market is collapsing and it will take China’s GDP down with it. 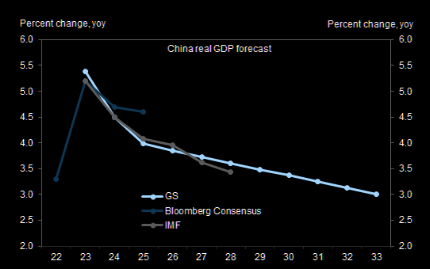 TS Lombard writes: "China is entering a structural slowdown driven by the “3 Ds”: debt (property), deglobalization, and demographics. Property is the most pressing issue: developers face an acute liquidity crunch that risks widespread financial contagion. Sustainable demand for property peaked in the 2010s; since then, construction has far outstripped non-speculative sales.  In a “benign” scenario, the property sector could contract by 30% over the next five years, subtracting ~1.2ppts from potential growth. China-style “Japanification” – characterized by slower growth, lower private demand, disinflation, and a balance-sheet recession – is likely." (TS LOMBARD)

China’s economic problems are so big there is no short-term solution and its slow-up will impact on the global economic slow-up and of course Australia. The slow up in China can be seen in iron ore which is Australia’s biggest export.

Prices for iron ore cargoes with a 63.5% iron for delivery into Tianjin fell to $93 per tonne, this is the lowest level in 22 months and prices look set to fall further. The Yuan will fall on the USD as foreign capital flows out of China and inflows dry up. China wont defend the Yuan and will let it fall and not waste money on intervention. Letting the Yuan fall will give a boost to exports for China and we think it could well be devalued like it was in 2015.

The recent dip in the USD against the CNH and AUD will end in our view and the USD will go higher. Charts below on the key technical levels of support and resistance. 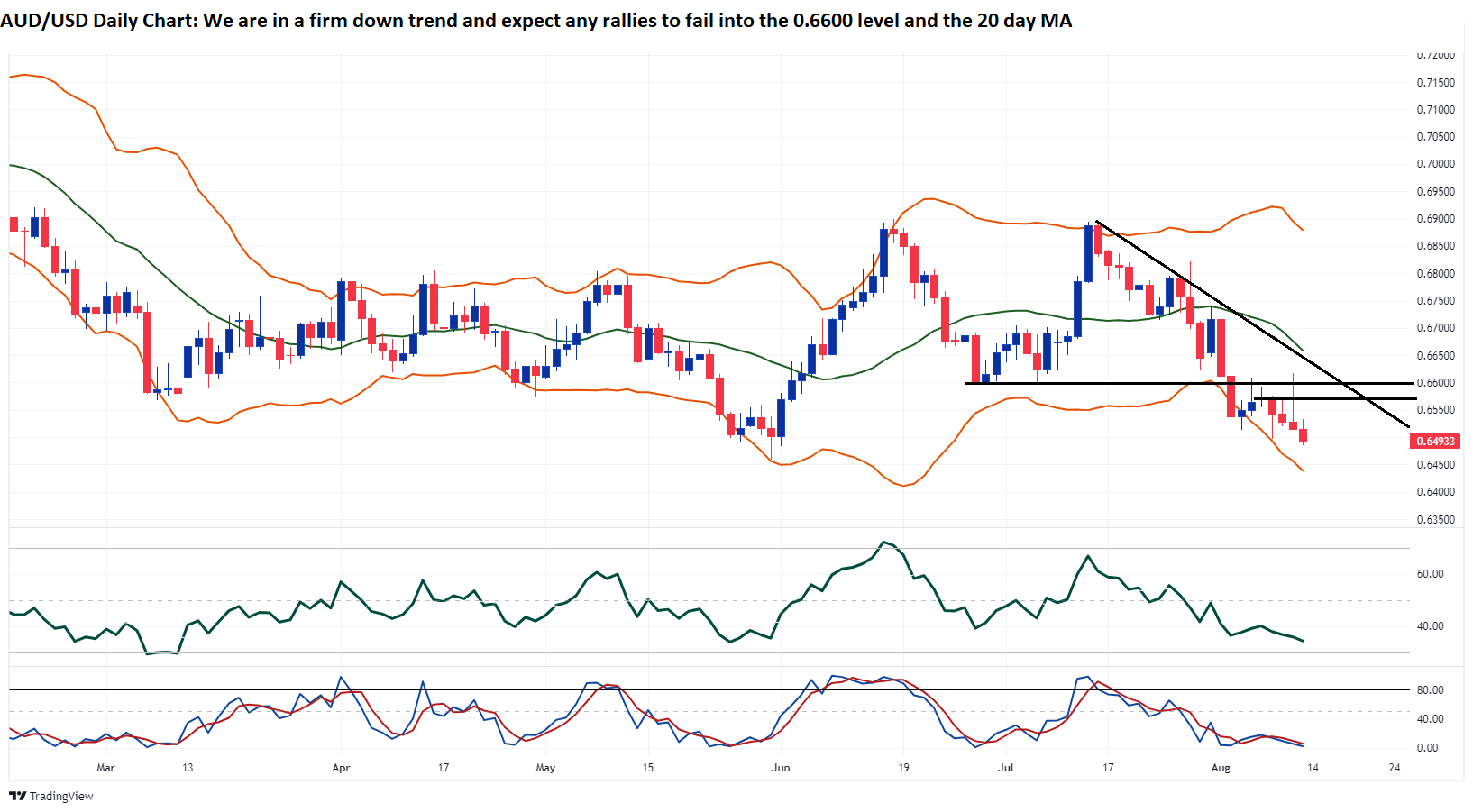